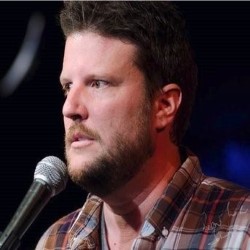 If you want to see something different, then this is the show for you. Mark Forward has appeared on John Oliver's New York stand-up show on Comedy Central, is a multi Canadian Comedy Award winner, for one of his two appearances on the Late Late Show with Craig Ferguson and is just coming off his sixth appearance at the Just for Laughs Festival in Montreal. 'Nobody else could do this material - the sign of a great comic' ***** (Now Magazine). 'He was perfectly irreverent' (National Post).