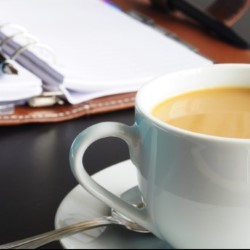 Thomas Pooler longs to take to the stage and become the world's next big stand-up sensation. What a shame he's middle-aged, horribly boring and completely oblivious to his own awkwardness. Living in Packington with his long-suffering wife, he decides to start a diary in the hope that his day-to-day life might produce some comedy gold. But as he writes his life down, he begins to notice something besides his comedy career needs more attention... Reviews about other shows by Lewis Dunn: 'Natural comedic nous; his performance is genuinely memorable' (EdfringeReview.com). 'Highly Entertaining' (OneandOther.com).