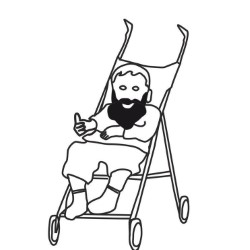 It's been a big year for Kids With Beards. Since their last Edinburgh Fringe show, they have gone away and worked really, really hard. They used all the bucket money to buy their own TV station in the home of sketch comedy - Mexico. With the help of esteemed director Damien Lichtenstein they managed to carve themselves a place in the television industry, becoming the third most watched comedy act on Mexican screens, behind Miguel MacIntyre and Vigilancia Contra el Crimen, or as it's known in the UK, Crimewatch.