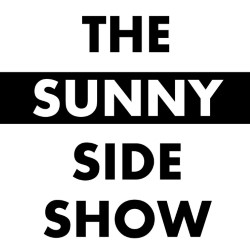 Some true factoids about Keith Carter:

Ooh! Controversial! The BBC filmed and subsequently banned Carter's sketch series, Jesus' Younger Brother before it was even aired!

Ooh! Cultish! Sold out The Epstein Theatre in Liverpool in 2014: coach loads of people from across the country came to see a comic who is virtually unknown!

Ooh! Convincing! Interviewed famous bands for Channel 4 as 'Nige' the psychedelic busker. Not one of them knew he was a character; was invited to play on stage with Primal Scream, The Charlatans and was asked out for a fight by The Guillemots!

Ooh! Craig! Filmed the hugely unsuccessful The State of Nige for Craig Cash's Jelly Legs company; turned down for being too 'high concept'! Available exclusively on YouTube!

Ooh! Columnist! Writes a popular weekly column for Liverpool's Echo newspaper about being a comic on the road!

Ooh! Cash-in! (for you!) At Edinburgh Fringe after a 4 year hiatus with a brand new character; Peter, bon viveur, millionaire and once one of London's elite until he lost everything and now lives in Sunnyside hostel in Liverpool. A show brimming with sitcom possibilities!