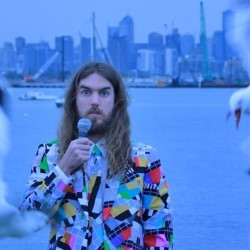 Australian idiot attempts comedy in a bus. Highly interactive. Always fun. Joshua Ladgrove is the man behind Dr Professor Neal Portenza and last year's Come Heckle Christ show. He won an award for comedy once. This is his attempt at a stand-up comedy show. Here is a poem: please come to my show, I hope you like it. Comedy is subjective, maybe you won't like my show and that is OK. 'The kind of late night lunacy the Fringe thrives on' **** (Sunday Mail). Pay-What-You-Want.info