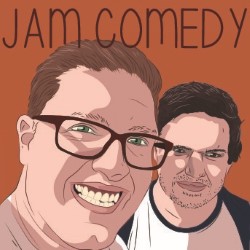 Joe Foster and Mike Cox team up again for another JAM Comedy! After a successful run in 2013 JAM Comedy returns with a brand new show for 2015 offering the ultimate combination of comedy and preserves. JAM Comedy is an hour of stand-up comedy suitable for 15 and over.