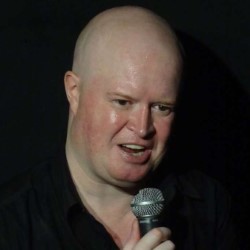 If you are into words, then this is the show for you. Puns, one-liners, spoken words and sketchy bits all feature. I'd tell you more, but I'm quickly running out of words. 'Good old-fashioned comedy' (ThreeWeeks). 'Smashing one-liners' (ThreeWeeks).