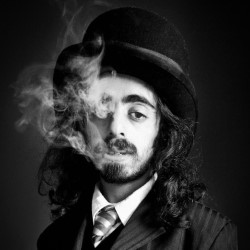 Imaan is in Love. He loves you, he loves sharing drinks with friends, he loves sharing fluids with lovers, he loves hippies, conservatives and sarcasm, he loves language, he hates that there is only one English word for love. A show about different types of love as viewed by the Ancient Greeks. 'Part dirty, part heart-wrenching, part touching and all-exposing' **** (Adelaide Advertiser, 2015). 'This is a performer at the top of his game' (FringeReview.co.uk, 2015).