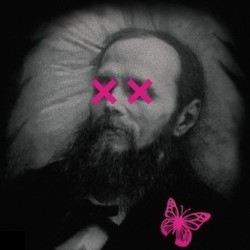 Dostoyevsky is on benefits. He's also dead. Stagnating in 130 years of writer's block the novelist is forced to justify his flawed existence at the hands of The Bureaucrat. A subversive pilgrimage inspired by the life and works of the trailblazing author, Idiots is an existential parable about the cost of life, humanity and being a speck of dust on the sleeve of the cosmos. Award-winning troupe Caligula's Alibi premiere Idiots, following sell-out runs and critical acclaim. ***** (Scotsman), **** (FestivalJournal.co.uk), **** (BroadwayBaby.com), **** (ThreeWeeks), **** (TheNewCurrent.co.uk), **** (LondonTheatre.co.uk). Expert's Choice, Stage, Pick of the Week Award, Vault Festival.