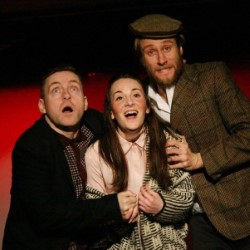 Hooray for All Kinds of Things, by Sandy Nelson. By early 2008 Iceland had grown so rich its assets were nine times greater than its entire economic output. But by October of that same year no western country had crashed in peacetime as quickly and as badly. The people of Iceland were afraid. They needed guidance. They needed hope. One man stood up! Well, he was a stand-up comedian. This is the story of Jón Gnarr and the Best Party of Reykjavik! 'Funny, thoughtful and sometimes strangely moving.' **** (Scotsman)