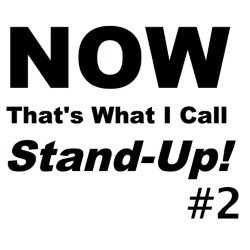 After a fantastic first Fringe appearance in 2014, we're back in 2015 for Volume 2. See it before it gets jaded at Volume 249! Five top comedians doing their best ten minutes. Seasoned acts giving a glimpse of comedy magic from their own Fringe shows. All lovingly compered by stalwart of the London circuit, comedian and MC Gary Shaw. Gary is probably the best comedian within a three minute walk of Harlow's town centre Sainsbury's. He is currently number one on his own recommended list of acts to see before you die.