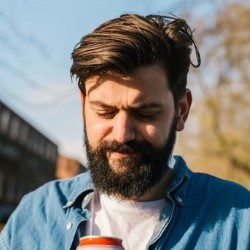 A friend once told Fin that his stand-up 'smells like three in the morning'. So that's the show! Observational comedy for slackers. This is Fin's second hour of comedy after his acclaimed 2014 debut: Top 10 Jokes of the Fringe 2014 (Guardian, Independent). 'Taylor is on the cusp of something big' (Skinny). '...all the makings of a world quality stand-up' (List). 'In rubbing his less high-minded pursuits in the face of the smug and pretentious, he's found a prime vantage point for observational stand-up' (Fest). Go to www.fintaylor.com/downloads and hear 2014's show for free.