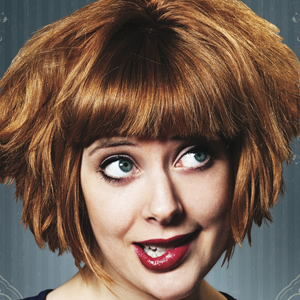 Hailing from Melbourne, Claire Healy has traversed the globe to perform her original comic songs. She's back in Edinburgh this August.

I first jumped into comedy when I was still at primary school, doing parody versions of Brittany Spears songs with a couple of friends and performing them for our class mates complete with dance moves in our tank tops and skirt pants. (Was that just an Australian thing?)

I've gotten a little more fancy since then and have been writing cabaret and comedy songs, doing my first full length show Flamboyant, Like a Flame but Buoyant in 2012. I've sung on Croatian islands, theatres in Dublin, this will be my third Edinburgh Fringe, and I've just been teaching in Greece after doing a bunch of festivals in Australia... So a week ago where I was at was drinking wine on the beach on an island. Can't really complain about that one...

Lots of silly music funtimes with chocolate and biscuits and gin and climbing and piano and a ukulele. Come and sing with me.

Because it's the best! It's a yearly rollercoaster of intense adventures, incredible people, legitimate costume wearing, and there is a fancy cheese shop on the way to and from flyering. Or maybe I'm just a theatrical masochist. Both of these are likely.

My first show at the fringe was at 10am at the top of the bus. I managed to get punters in then with the promise of free coffee and tea. This has now grown to incorporate chocolate, biscuits and gin. I just put all of my favourite things in the show and assume that the people tempted by these things will probably be awesome. 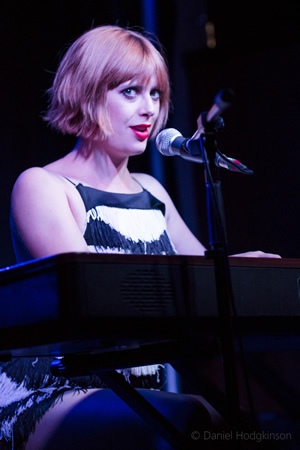 I have a pretty great deal with my venue, so if all goes well (FINGERS CROSSED SO TIGHTLY MY KNUCKLES ARE GOING WHITE) I might break even. Sweet Venues are the most wonderful supportive people you could ever hope to meet. It's like I have a little Scottish family up there waiting.

I'm a bit of a glutton for punishment and ended up doing three shows this fringe so between them all it should work out alright.

Oh wow... there have been a few! One highlight was a trashed group of middle aged men arriving at my show at 10am. They'd caught the train from somewhere and had been drinking since 5am, all came to the show with Guinness in hand.

I had a section of the show where I had a volunteer hand out chocolate to the audience. The chocolate was a bit melty, and this lovely, stumbly man used his forefinger to wipe a blob of chocolate onto the hand of each and everyone on the bus. It was a beautiful moment.

So many! I do like a bit of cabaret, so will hope to catch Roaring Accordion, Tomas Ford and Nailed it, but the most exciting things I've seen at fringe in the past have been unexpected. I saw a hip hop retelling of the Canterbury Tales last year (which I didn't book and would never have gone to...) which BLEW MY MIND. I'm excited about surprises...

Tim Minchin, Fascinating Aida and Monty Python, with a big group singalong at the end.

I'd rather not bump into Jim Jeffries I think. Some of the things he says makes me want to hit inanimate objects... Saying that though, if I met him I'd be very polite. An ex once told me I was so passive aggressive I was just passive.

If you want to be filled with chocolate biscuits, song, joy and possibly even gin, come along. I may sit on you. We will play 'never have I ever'. We will have a fucking great time.