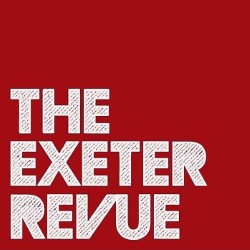 Returning to Edinburgh following their five-star 2014 Fringe show Sketchy At Best, up-and-coming student sketch troupe The Exeter Revue present a hilarious new show packed-full of inventive sketches and songs. Expect daft scenarios, big characters, and witty dialogue. 'More professional feel than any of the other student sketch shows', 'Verged on brilliant', 'They had a full house who were kept laughing throughout' (Audience Reviews, EdfringeReview.com). 'A comedy masterclass ... belly-laughing is unavoidable' (Exepose). 'Young talents whose undeniable energy is a joy to watch on stage ... Superbly witty, wonderfully imaginative and marvellously clever' ***** (Yuppee.com).

The Exeter Revue return with a hilarious new sketch show for this year's Edinburgh Fringe. Following on from their five-star Sketchy at Best, which ran for 18 shows at The Edinburgh Fringe Festival 2014, their new show Sketchup is not one to be missed.

Featuring brand new, original sketches performed by a cast of four of the most talented comedy performers in Exeter, this show promises laughter, entertainment and plenty of energy.