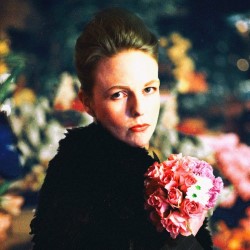 Elaine Malcolmson's solo Fringe debut is a dark, uplifting, twisty tale about the importance of making your own Arrangements.

Decisions, self-reproach, jokes and death - when Julie has to face up to the responsibilities of adulthood, she makes some bad decisions that lead to her darkest days and ultimately, the biggest mistake of her life. Full of twists and turns, highs and lows, Arrangements is a heartening story, deftly told by Northern Irish native and hopeful cynic Elaine Malcolmson. Contains flowers, but suitable for hay fever sufferers.

Elaine Malcolmson was born and raised in Northern Ireland, spent time in Wales, and has lived in Glasgow for over 10 years - she's the first to admit you'll be lucky to understand a word she says!