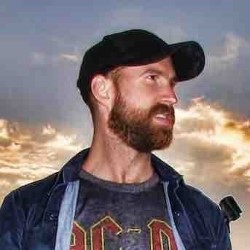 This show is listed in some places as It's a Good Day to Damo.

Damo had his phone stolen. But what would you do if mysterious photos started appearing in your iCloud? This is what Damo did. 'The world's wittiest machine gun. Let yourself in on one of the funniest secrets in town' (Scotsman). 'Every joke - and I honestly do mean every single joke - is genuinely, gut-bustingly funny' (ThreeWeeks). New Barry Award Nominee, 2014. Total sell-out Edinburgh Fringe, 2014. Total sell-out Glasgow Comedy Festival, 2015.

Damo's phone was stolen. Four weeks later, mysterious photos began to appear in his iCloud. In an attempt to find out where they were coming from, Damo began a year long search... but he never expected this.

Fresh from a Total Sell Out from this year's Glasgow Comedy Festival and last year's Edinburgh Fringe, the mad Aussie returns; this year with a true crime detective show.

Damo must solve the case if he ever wants to see his phone again and stop the tirade which has hacked into all his other devices. In tracking his phone he has unwillingly plunged into the dark side of SMS, online dating and drug dealing - luckily for us with hilarious consequences.

A hilarious show that will leave your jaw aching from laughter and your mind questioning what you upload to your iCloud.