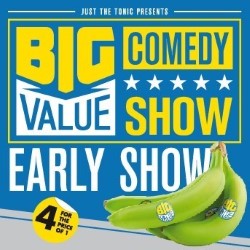 Our 21st year as the recognised launch pad for future legends. Four top comedians for the price of one. A two hour show. A proper comedy night. 'Cabaret comedy at its best' (Scotsman).