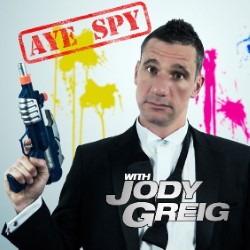 Some children want to be footballers, rock stars or astronauts. Not Jody... He wanted to be a spy! The lure of fast cars, glamorous women and high tech gadgets was the way he wanted to roll. Jody did what any self-respecting wannabe spy would do... He taught himself! Follow his hilarious and sometimes dangerous journey, as he learned the skills that would lead him to become a top level, unemployed, secret agent! This show is a fantastic mix of comedy, mystery and magic. Guaranteed to leave you shakin' ... with laughter!