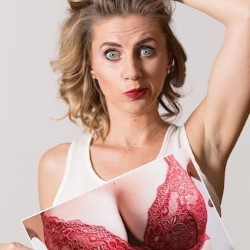 Having played to sold out houses throughout Australia and New York City, Aussie cabaret sensation Amelia Ryan makes her Edinburgh Fringe debut. When a girls's been blessed with a gay father and transgender step-mother, can add exotic dancer to her resume, and has caused the spectacular demise of five automobiles, she gets it all off of her chest in a hilarious, multi award-winning cabaret! With razor-sharp humour and heart-warming honesty, Ryan parodies the songs of artists such as 4 Non Blondes, Belinda Carlisle and Rogers and Hammerstein, inviting us to brave the storm.