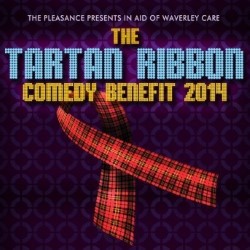 Comedy performed on the following days in August 2014...

A top night of comedy with all proceeds going to Waverley Care, a charity that has supported people living in Scotland with HIV and Hepatitis C for 25 years. Previous line-ups have included Michael McIntyre, Stephen K Amos, Russell Howard, Jason Byrne and many more. Beg, borrow or steal a ticket as it's sure to sell out! Line-up to be announced on pleasance.co.uk.