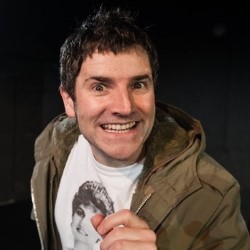 'I'm sure most of you remember this, but in case any of you were wandering about in some sort of self-induced coma...' September 1997. Where were you? A burnt-out Britpop hanger-on finds himself embroiled in the grief frenzy meltdown of a nation in mourning. A full throttle story of sex, drugs and the people's princess that is: hugely funny, deeply scurrilous, and yet strangely affectionate. Written and directed by Robert Farquhar (Bad Jazz, Gods Official and Insomnobabble). Performed by Francis Tucker. Direct from Liverpool Playhouse Studio. 'Mini-masterpiece of comic writing... rude, irreverent and very, very funny' (Liverpool Echo).