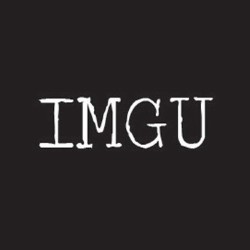 The night that challenges comedians to be honest to the point of regret. Karl Schultz hosts a different line-up every night, inviting an eclectic mix of the Fringe's most exciting talent to perform a set unlike any other. Established already in London and Copenhagen, featuring acts from Harry Hill to John Kearns and Bridget Christie to Joe Lycett, IMGU has now arrived for its debut at Edinburgh Festival Fringe. A show that aims to deliver something open and brave from the performer and unique and compelling for the audience.

The show that challenges comedians to be honest to the point of regret.

Already an established comedy night in both London and Copenhagen, It Might Get Ugly has seen an impressive host of comedians bare their souls to unsuspecting, captivated audiences, including Harry Hill, Bridget Christie, Brett Goldstein, Romesh Ranganathan, John Kearns, Sara Pascoe, Carl Donnelly, Liam Williams and Aisling Bea amongst others.

With an equally high standard of acts lined up for each night at the Fringe, hosted by the enchantingly eccentric Karl Schultz, every show is set to break the boundaries of what has come to be expected of a comedy night.

Comedians agree to waive from their usual material and come to the stage with a nervousness that ensues in to veracious hilarity, sometimes embarrassment, and a unified sense that something special has been shared. It is an unmissable, unpredictable and inspiring way to spend a late evening in the hub of an Arts Festival, but just to warn you... It Might Get Ugly.