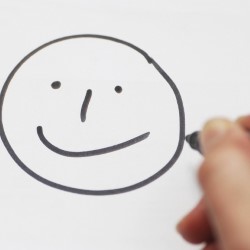 HiBrow and comedy curators Jilly Burnet and Van Keeling AKA JV Productions team up to storm the civilised environs of Summerhall with some of the festival's finest comedians. 'JV have an eye for comedy' (Ian Hislop). With Jonny & The Baptists, Four Screws Loose, Marcel Lucont and Sarah-Louise Young.

Now in its fourth year at the Festival, Summerhall will throw open its doors to comedy for the first time at the 2014 Edinburgh Fringe as the Hibrow Comedy Hour presents showcases by three of the most exciting comedy acts in the country.

Furthermore, in an Edinburgh Festival Fringe first, all three Hibrow Comedy Hour performances will be transmitted via satellite to a number of Odeon Cinemas throughout the country, bringing the magic of the Edinburgh festival to a big screen near you.

The Hibrow Comedy Hour is produced by Hibrow TV and has been curated by top comedy production company, JV Productions.

JV, founded in 1988 by Jilly Gutteridge and Van Keeling, JV Productions run regular comedy nights at the 606 Club in Chelsea and St James Theatre as well as curating special events for venues throughout the country.

Kicking off proceedings on Wednesday August 6 will be musical comedy with political bite from the UK's foremost satirical rockers, Jonny & The Baptists who shot to national attention with their acerbically catchy number, UKIP, and promise an hour of stellar comic silliness.

Finally on Wednesday August 20, ex-Fasctinating Aida star and winner of Spirit of the Fringe and Three Weeks Editor Awards Sarah-Louise Young returns as Cabaret Whore for an evening of brilliant character comedy and glittering original songs, which introduces desperate divas from around the globe, from tortured French chanteuse La Poule Plombee to washed up lounge crooner Bernie St Clair.

These three hotly-tipped and innovative acts give Hibrow and Summerhall a bold, distinct comic voice and ensure that this will be an exciting foray into comedy for the Edinburgh Fringe's cultural hub.

These performances will form part of Hibrow Hour, the daring new festival programme from digital arts broadcast production enterprise Hibrow. Every Hibrow performances will be streamed LIVE using cutting edge, multi-camera production technology, which will also be used to provide an exclusive look behind the scenes at rehearsals, read-throughs and interviews with cast and crew. Each production will also benefit from professional, high-quality post-production and editing that will allow these shows to transcend the mediums of live performance and broadcast.