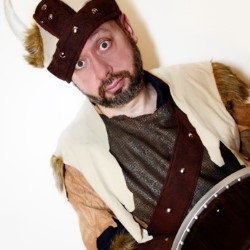 What is it like to be obsessed with a 15 hour-long cycle of late Romantic operas sung in German? Giacinto Palmieri loves Richard Wagner's Ring of the Nibelung so much that he told the plot to all his ex-girlfriends (note the ex). Now he wants to do the same with his audience. Hear all about dwarfs, giants, Walkyries, magic helms, love potions ... and their connection with office parties, IKEA, Facebook and modern dating rituals. A show for those who love Wagner, those who hate Wagner, and those for whom he's just an X Factor contestant.