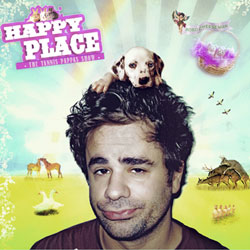 New York native Yannis Pappas is becoming known as one of the most exciting and unique comedians working today, selling out shows around the globe. Best known for his popular internet characters Maurica and Mr Panos, both amassing millions of views. He suffers from generalized anxiety disorder and thinks about death a lot, being in Scotland for a month can't help but he is excited to be making his debut here.