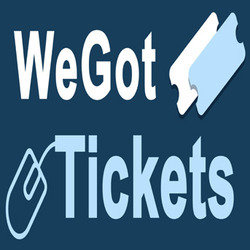 Following its successful launch last year, 2013's Edinburgh Fringe sees the return of the WeGotTickets Edinburgh Showcase, a celebration of grassroots comedy featuring the winners of lauded comedy awards throughout the year.

The showcase is a culmination of the ongoing investment that WeGotTickets makes into the comedy market each year through its sponsorship of competitions and awards.

Steven Endersby, Senior Account Manager, WeGotTickets says: "Over the past five years independent and grass roots comedy has become a really important part of our business. We've enjoyed working with comedy clubs, promoters and comedians all around the UK and are delighted to have the opportunity to sponsor each of these great competitions. We're looking forward to being involved in the development of some top new comics, and showcasing each of the winners at the Edinburgh Fringe later this year."