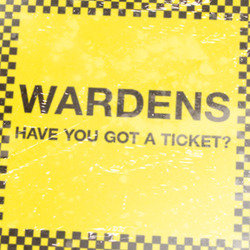 Every 4.6 seconds in Britain a penalty notice is issued and an estimated £700 million is raised every year in parking fines. The people have had enough and they are not going to take it anymore... A small band of traffic wardens are being held hostage following the issuing of the ticket that broke the camel's back. There is rioting in the streets. The revolution has come, and predictably, the wardens are the first against the wall. David Cann, Thom Tuck and Garrett Millerick star in a comedy about what it's like to have the world's worst job.

Every 4.6 seconds, a parking fine penalty notice is issued in Great Britain. An estimated £700 million is raised every year in parking fines. The people have had enough and they're not going to take it anymore...

Having issued one ticket too many, a small band of traffic wardens are being held hostage in a disused cricket pavilion. The people are rioting in the streets. The revolution has come and, predictably, the wardens are first against the wall.

Traffic wardens recently beat out politicians and estate agents to be crowned the country's most despised profession.

Wardens are universally loathed figures of ridicule and hatred but what is it like for the people with this dubious means of earning a buck? Surely no small child stood up in front of their class and said, "When I grow up, I want to issue fines".

Written by Darren Richman & Garrett Millerick, Wardens attempts to humanise the hate figures that roam our streets. It invites the audience to laugh both with and at a collection of people who are simply doing their jobs in the most trying circumstances imaginable.

David Cann, Colin Hoult, Vikki Stone & Thom Tuck star in a comedy about what it's like to have the world's worst job.

Garrett Millerick - Writer/Producer/Director, has written for The Independent and The Huffington Post and performs regularly as a stand up comedian. As a Director his stage work has garnered considerable critical acclaim and his short films have been screened and distributed internationally.

Darren Richman - Writer, has co-authored four plays, including the Edinburgh Fringe sell-out farce The Straight Man. He co-wrote a sitcom pilot for Channel 4 starring Jessica Hynes and Julian Rhind-Tutt, and his debut feature film is currently in development with Big Talk and StudioCanal. He writes a weekly column in The Independent.

David Cann is perhaps best known for his groundbreaking collaborations with Chris Morris. He has appeared in many of the most respected comedy series of the last decade. Most recently David has been staring in Michael Frayn's Democracy at London's Old Vic.

Colin Hoult is an exceptionally talented actor who excels in comedic character transformation. A prolific writer and former winner of the Writers Guild Award for Comedy, Colin penned the hugely successful live shows: 'Carnival of Monsters' and 'Enemy of The World', as well as being a regular contributor to television and radio productions.

Thom Tuck has established himself as one of the country's most exciting writer performers. His debut solo show was nominated for the Foster's Edinburgh Comedy Award Best Newcomer and was subsequently adapted into the BBC Radio 4 series Thom Tuck goes straight to DVD.