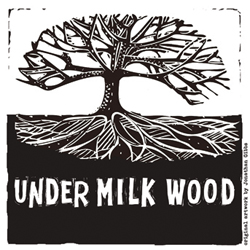 An ICTF / John Abbott College / Jac'N'burgh 2013 production. Originally written to be performed as a radio broadcast, our stage version of Under Milk Wood captures the quaint, witty essence of a charming Welsh town and its inhabitants like an action-filled screen saver of cartoon images. The vivid orchestration of voices, sights and sounds create a whimsical blend of poetry, music, story and dance in this timeless and unforgettable story that leaves you wanting more. Our story: imported from Wales. Our production: made in Canada. Our tour: exported to Edinburgh Scotland for Festival Fringe 2013.