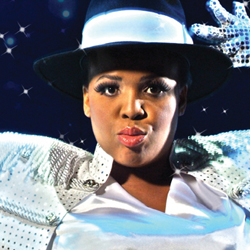 2006 saw a momentous change to the South African Comedy landscape. Tumi Morake rose up like a new light source, her fierce and funny gaze illuminating the previously shadowy world of male-dominated comedy. Morake is one of South Africa's most revered comedians, with blazing speed, and an energy that doesn't bow to anyone or thing. Respectfully earning her the Queen of South African Comedy title. Join her as she takes a look at her journey so far from sassy, single and racially curious girl, to settled, sober and seriously insane woman. Not for the faint-hearted.