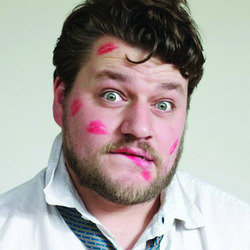 Got a secret confession? Can't contain it any longer? Tell the Maydays! In Confessions you'll see your very own stories and secrets turned into live comedy. We will create completely improvised sketches using only our wits and your confessions. We invite you to share your true tales, anonymously at the start of our show. From the cringe worthy to the downright hilarious, we want to know what you've been up to, so come share your deepest, darkest secrets with us! 'Inspired ... laceratingly funny and at times deeply affecting...' ***** (FringeGuru.com). **** (Chortle.co.uk). ***** (ThreeWeeks).

Imagine a comedy show where everything you see is based on the confessions of those sitting in the audience.

The Maydays give you exactly that with their brand new improvised comedy show Confessions. They invite you to share your true tales, anonymously at the start of the show. From the cringe worthy to the downright hilarious, they want to know what you've been up to, and for you to share your deepest, darkest secrets with them! See your very own stories and secrets turned into live comedy as they create completely improvised sketches using only their wits and your confessions. (And maybe a chair!)

The Maydays are Brighton's masterful, maverick award-winning and critically acclaimed veterans of the improv comedy scene. Known locally for their regular performances at Komedia, they first performed together in 2004, have taken two shows to the Edinburgh Festival Fringe with sell-out performances. They have won the Best Comedy Show Award at the Brighton Festival Fringe and are the only improv outfit in the UK to travel across the Atlantic to train en masse in Chicago, the city regarded as the Mecca of Improv, where they trained at Second City, iO, and the Annoyance improv theatres.