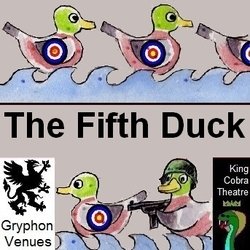 Fulfilling a dream and hopefully continuing a legacy of great British comedy starting at the Fringe (often whilst at college), we bring you a showcase of new and emerging talent from deepest cosmopolitan Yorkshire. A small cast, each with their own bit of creativity infusing the show - and we have a lot of creativity. Come and enjoy a show with a little bit of everything - comedy, drama, dancing, singing, monkeys! (We might be lying about the monkeys).