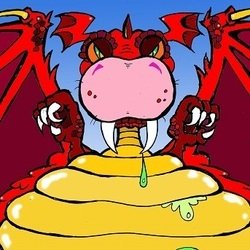 The Dragon Who Hates Poetry. There is no dragon scarier in any earthly place. His face looks like his bottom ... and his bottom like his face ... A fun, solo show packed full of lyrics, laughter and lots of joining in! Written and performed by slam winning poet Dommy B (winner of New York's famous Nuyorican Poetry Cafe Slam and UK's Superheroes of Slam) as featured in 2012 on CBeebies Rhyme Rocket. Armed with only pen and paper, Dommy B needs your help to bring this fearful dragon's reign to an end!