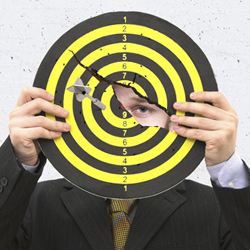 The UK's very first staging of a film by Danish provocateur Lars Von Trier. Kristoffer, an out of work actor, has been hired for an unusual job; to stand in as the boss of a failing company. Soon the target of an angry and obsessive staff team, Kristoffer finds himself being pulled deeper and deeper into a bizarre new reality that only Von Trier could have dreamed up. A brilliant, edgy comedy that blows apart the notion of what it means to be a leader in the world today.