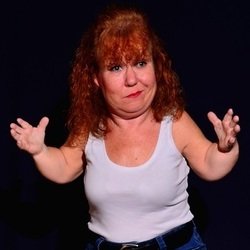 In 2012 life threw Tanyalee - a life-loving, world-touring comedian - a curve ball. Five thousand miles from home, she got a life-threatening blood clot. Complications ensued. With her mother as her nurse, Tanyalee nearly lost her mind, along with her uterus. 'Touch you, amaze you, entertain you hugely' **** (Scotsman). 'Cleverly crafted' (True Life). 'Tanyalee is a punch-packing stand-up' (Scotsman).