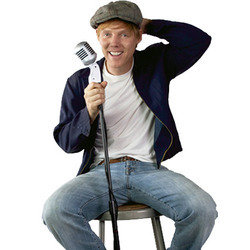 The tron has a strict over 18s admittance policy, proof of age ID may be requested. Some drug references.

They say that tragedy plus time equals comedy, and American comic Shelby Bond has waited long enough. After years of trying to fix addicts, cutters and manically depressed girlfriends, Bond, a self-confessed people pleaser, has decided that the least they can do is let him write a show about it. 'Five Stars! Comic genius! There are a great many must-see shows in the Fringe, but it's unlikely that you'll laugh more at any of them than in this inspired hour of humour!' (Martin Christie, Edinburgh Evening News, for Sherlock Holmes).