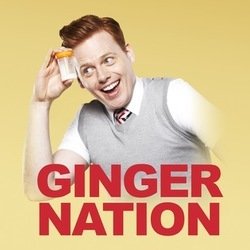 Somewhere in the distance is a faint glow, a beacon of luminosity, a flicker of light... Is it a torch? No! Is it wildfire? No! Is it a volcano seconds from eruption? Hell no! But it is pale, it is fiery and it is freckled: It's Shawn Hitchins and his Ginger Nation.

Crossing the pond and heading to Edinburgh in 2013 is Canadian actor-come-comic-come-performer Shawn Hitchins with his hilarious and heartfelt show Ginger Nation. Having debuted in the UK at Edinburgh in 2011 with Survival of the Fiercest, Hitchins returns to blow his load over audiences with his account as a sperm donor to a lesbian couple during a three week run at Dram House at the Free Fringe.

Hitchins has toured North America and the UK selling out shows and thrilling his audiences, shared the screen with Rebbeca Romijn, Russell Peters, Loretta Devine, Mary Walsh and Donald Sutherland, acted as a panellist on the first season of MTV's 1Girl5Gays and, last but not least, made his own ginger-gened donation to the posterity of human race.