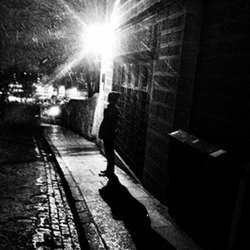 Edinburgh. A city known for hiding its secrets. And the secrets she hides are like her streets. Dark, twisted. And like all dark and twisted stories this began with a woman. One with boobs and everything. Immerse yourself in this story of one man's journey to escape the mundane routine of his life. Turn up the jazz, unwrap your cigar and submerge yourself in silly sophistication as our protagonist Sam desperately waits for that immortal whisper ... say it again, Sam. Of all the plays, across the Fringe, you have to walk into this one.