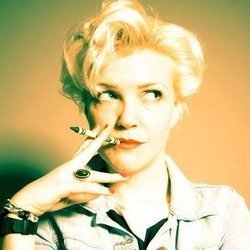 Ruth isn't cool. She doesn't even smoke. With comedy and music Ruth will endeavour to prove that no one's really cool and that we're all just playing let's pretend. A lesson in being happy with your lot. Do come along. It'll be nice to see you. 'Highly recommended' (Buxton Fringe).