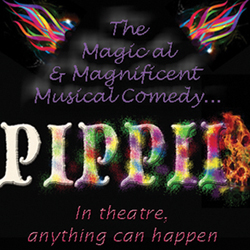 A travelling troupe of actors spin a magical, musical tale filled with theatrical spectacle that follows a man, Pippin, on a long journey searching for splendour and glory. He searches through education, sex, war, success, wealth, and triumph trying to fulfil his idea of grandeur. The actors lure Pippin into worlds of illusions and fantasies trying to keep his mind clouded with promises of praise and adulation. In the end, however, he learns that giving and receiving love is fulfilment enough for any lifetime, much to the mortification of the lead player and his troupe of actors.