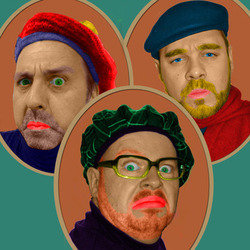 Have you ever wanted to see your life story live on stage? In pantomime form? For a strictly adult audience? Really? What's wrong with you? The world's greatest actors T.M, Bigg, Ball and Bagg return after a sell-out 2012 season to redefine the highest form of performance: the pantomime, starring you! Well, we're the stars, you just feature in it. Huzzah! **** 'A brilliantly designed piece of comedy theatre. Electric, finely-tuned and hilarious' (Rhum.co.uk). '...had the feel of an extended Little Britain sketch as the pair work so well together' (BroadwayBaby.com).