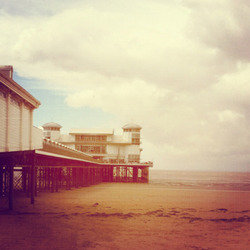 John Osborne, the creator of John Peel's Shed (Fringe sell-out 2011 and 2012, adapted for Radio 4) and The Newsagent's Window (award-winning book, adapted for Radio 4) has spent the past year visiting seaside towns. This show is about a lunchtime walk along one such beach - documenting the lives, loves, hopes and nostalgia found down on the beach. 'Beautifully-written, funny and poignant' ***** (Scotsman). 'Osborne sits somewhere between Tom Wrigglesworth and Daniel Kitson. I could've listened for hours' ***** (Independent).