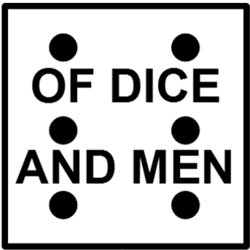 A group of thirty-something Dungeons & Dragons players are thrown into disarray when one enlists in the Marine Reserves bound for Iraq. At the play's 2010 PAX World Premiere 550 queued for hours and staff turned 250 latecomers away - it caught the mood. For the first time US playwright Cameron McNary's '...blisteringly funny and deeply affecting play' (SmashWords.com), which examines why we game, growing up, and true friendship, will be produced outside of the USA by director Steve Robertson with a cast of emerging Scottish actors including Duncan Carmichael and Toby Michaels.