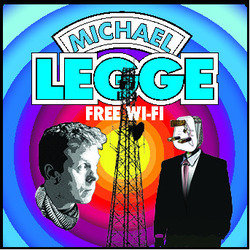 Look! Free Wi-Fi! Everyone likes free Wi-Fi. As long as we have free Wi-Fi, everything else can fat off. I mean, who doesn't like free Wi-Fi? That's right: Thatcher! Are you Thatcher? Oh, you are? This is awkward. I thought you were dea... no, come in. Come in. Look, life is flipping hard but as long as we've got free Wi-Fi we won't make a fuss. This is shouty comedian Michael Legge's third solo show. Maybe he'll be cheery in this one? (He won't). 'Hugely enjoyable' (Independent).