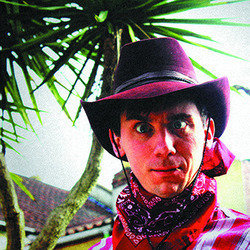 Fan of the past Mat Ewins presents some hitherto unknown truth facts about the history of comedy in this fun character/sketch show. Perfect for anyone who loves both time and laughing. 'Catch him before he blows himself up ... a comedic force to be reckoned with' (FringeReview.co.uk). 'Astute timing ... especially memorable gags ... engagingly assured' (Chortle.co.uk). 'Gloriously chaotic hour ... the whole piece is full of knockabout humour' (List). 'Ewins made no attempt to explain where the cast were, merely claiming they were dead' (ThreeWeeks).