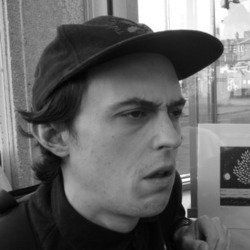 I have a run at Swindon Festival of Culture, so this is preparation for that. A mix of poetry, beat poetry, drum solos, children's stories. Also audience surveys, my heckling policy, and five minutes of stand-up comedy. Above all, it will be organised and punctual. Inexplicably, I was Paul Foot's support act in 2011 and 2012. Here is a free sample of my poetry: Shepherd's Pie by Malcolm Head: John took a picture of his shepherd's pie and put it on the internet. No one ever looked at it. Represented by DAA Management.