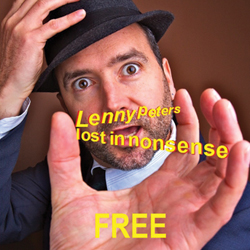 Laughing Horse Free Festival presents: an hour of hilarious improv and stand-up from comedian Lenny Peters. A comedy circuit regular, TV sitcom actor and professional improviser. Lenny returns to the Edinburgh Fringe in his second solo show to perform some spontaneous silliness and made-up madness. An hour of frivolous fun which will be different every night depending on the audience's suggestions. Catch him for free while you still can. 'Comedy Gold' (thenewcurrent.jux.com). 'A comic to really watch out for' ***** (Latest 7). Catch him for free while you still can!