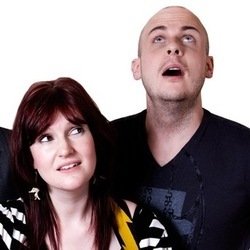 A platform for two of the hottest stand-up prospects in the UK! Gary Tro: performs his self-deprecating storytelling at many of the UK's biggest clubs! 'Hugely exciting new act! Without a doubt one to watch' (Rise of the Idiots Comedy Club). Kate Lucas: a unique musical act who's opened for such acts as Ed Byrne and Jo Brand (Jongleurs Live, Loaded TV - 2012)! Guaranteed to fill your belly with laughs, your head with tunes and make you explode with laughter!