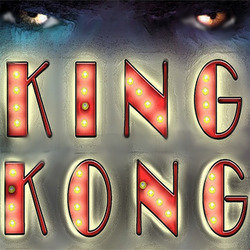 King Kong is dead, yet Carl Denham is still pushing his show. King Kong the Musical shows the story of King Kong through the low-budget direction of Carl Denham, who together with his lacklustre cast re-tells the story to their one final hope, a theatre producer. As the story gets told, Carl Denham becomes the subject of criticism, and he starts to rethink the events that led to King Kong's death, and starts to realise that maybe it wasn't beauty that killed the beast.