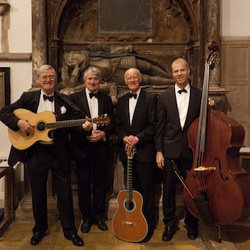 Instant Sunshine return to the Fringe with their timeless humour and their artisan-polished repertoire of musical satire which brightens up the dullest of days. The group hones every second on staged for comedy as light as a feather, to tickle the fancy of all those who love to laugh. With the re-issue of their Abbey Road recordings and a new album on the way there is an outside possibility they could become a household name quite soon.