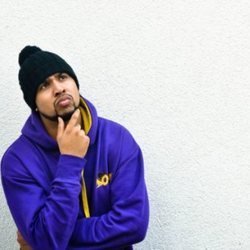 With 47+ million YouTube views, DOABM is Arshad's hysterical take on what life is like for a young British Pakistani Muslim. The most viewed comedian in the UK, The Diary of a Bad Man star Humza Arshad returns to the stage for the first time since his two sold-out UK tours in 2011. 'A worldwide hit' (Guardian).

If you haven't heard of Humza Arshad before, here's some quick facts:

In 2011, Humza Arshad's channel was the 7th most viewed channel on YouTube thanks to his insanely popular series Diary of a Badman. His BBC Asian Network sponsored Badman Comedy Tour 2011 sold out.

Now, with over 48 million Youtube views, Humza Arshad's hysterical take on what life is like for a young British Pakistani Muslim has made him the most viewed comedian in the UK with more YouTube views than the likes of Ricky Gervais, Russell Brand and Russell Howard.

Humza Arshad has been nominated twice at the annual Shorty Awards for social media in New York (Comedy and Entertainment in 2011/YouTube Star 2012).

In August 2013, Humza Arshad will bring his deranged, anarchic, insightful humour to the Edinburgh Fringe for the first time.

An internet sensation that is all set to take the festival by storm (as soon as Ramadan is over!).